He is now behaving rationally. MP: Thanks Doc. This is my first day back in the office since my…episode. I think I scared her a little last week and I need to apologize. MP: Into the phone Oh, here she is. Gotta go. Thanks Doc. He ends the call and turns his attention to the screenwriter. Hello, miss… You know I never did get your name as he reaches out to shake her hand. She hands him the piece of paper. MP: Looking at the page, turning it over to see it has writing on both sides You mean this… this… single piece of paper is a screenplay?

SW: Everything we talked about! MP: Uh huh… Pulls out his phone, turns his back to her and speaks quietly into it Security, I have a code red. SW: Oh, no sir. You were crazy. Please sir, I know this sounds…. 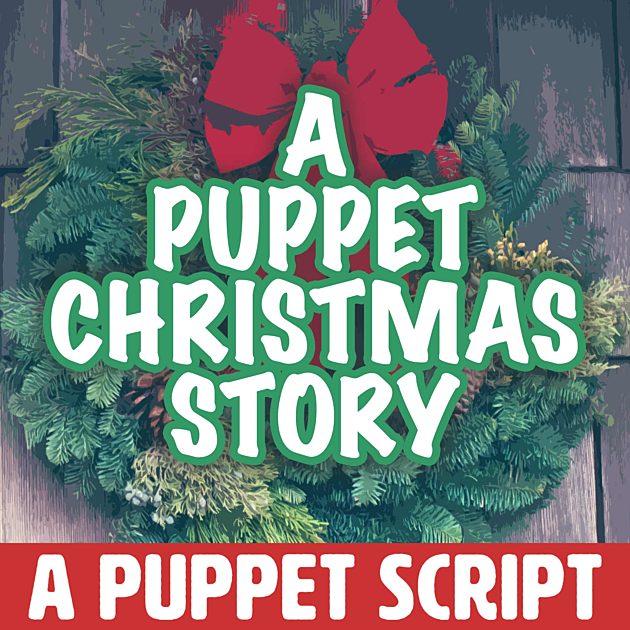 But for now I have a couple friends here who are going to take you to see another friend of mine, OK? SW: Wait a minute! Oh, I get it. Read it! This is how the birth of Jesus Christ came about: His mother Mary was pledged to be married to Joseph, but before they came together, she was found to be with child through the Holy Spirit.

Because Joseph her husband was a righteous man and did not want to expose her to public disgrace, he had in mind to divorce her quietly. She will give birth to a son, and you are to give him the name Jesus, because he will save his people from their sins. When Joseph woke up, he did what the angel of the Lord had commanded him and took Mary home as his wife. But he had no union with her until she gave birth to a son. In those days Caesar Augustus issued a decree that a census should be taken of the entire Roman world. This was the first census that took place while Quirinius was governor of Syria.

And everyone went to his own town to register. So Joseph also went up from the town of Nazareth in Galilee to Judea, to Bethlehem the town of David, because he belonged to the house and line of David. He went there to register with Mary, who was pledged to be married to him and was expecting a child. While they were there, the time came for the baby to be born, and she gave birth to her firstborn, a son. She wrapped him in cloths and placed him in a manger, because there was no room for them in the inn.

And he gave him the name Jesus. And there were shepherds living out in the fields nearby, keeping watch over their flocks at night. An angel of the Lord appeared to them, and the glory of the Lord shone around them, and they were terrified. I bring you good news of great joy that will be for all the people.

Today in the town of David a Savior has been born to you; he is Christ the Lord. This will be a sign to you: You will find a baby wrapped in cloths and lying in a manger. So they hurried off and found Mary and Joseph, and the baby, who was lying in the manger. When they had seen him, they spread the word concerning what had been told them about this child, and all who heard it were amazed at what the shepherds said to them.


But Mary treasured up all these things and pondered them in her heart. The shepherds returned, glorifying and praising God for all the things they had heard and seen, which were just as they had been told. We saw his star in the east and have come to worship him. When King Herod heard this he was disturbed, and all Jerusalem with him. Then Herod called the Magi secretly and found out from them the exact time the star had appeared. As soon as you find him, report to me, so that I too may go and worship him. After they had heard the king, they went on their way, and the star they had seen in the east went ahead of them until it stopped over the place where the child was.

When they saw the star, they were overjoyed. On coming to the house, they saw the child with his mother Mary, and they bowed down and worshiped him.

Then they opened their treasures and presented him with gifts of gold and of incense and of myrrh. And having been warned in a dream not to go back to Herod, they returned to their country by another route. When they had gone, an angel of the Lord appeared to Joseph in a dream. Stay there until I tell you, for Herod is going to search for the child to kill him.

When Herod realized that he had been outwitted by the Magi, he was furious, and he gave orders to kill all the boys in Bethlehem and its vicinity who were two years old and under, in accordance with the time he had learned from the Magi. He was in the world, and though the world was made through him, the world did not recognize him. He came to that which was his own, but his own did not receive him. The Word became flesh and made his dwelling among us. We have seen his glory, the glory of the One and Only, who came from the Father, full of grace and truth.

Is this something your church can use? If so, let me know how it goes. We want to hear from you. Yes, you! Enter your comment right below this post and get in on the conversation. I was there! Play was great! Very intriguing, funny, interesting to see where it would go next, performed with a lot of enthusiasm. The ending was perfect! Play really had me from the beginning to end! Would love to see it again. We used it in Ontario yesterday, and it went very well. We needed a quick skit for a small 4 boys confirmation class, two of them not able to be at the performance so we pre-recorded this to be played at the program.

I split the screenwriter into 2 parts and the security guard with no speaking parts came in at the end. It worked perfectly — thanks for the idea.

Karl, We are presenting your skit on Sunday, Christmas morning. Thank you for providing it online! We typically put our sermons on our website.

Would you be interested in granting permission for us to add it to our YouTube channel with a link from our website? Thanks, Carmen. We are trying this out tonight. Very few people available to do parts.